DRO held a Policy Summit in late April to discuss important policy and major issues impacting people with disabilities, their providers and their loved ones. 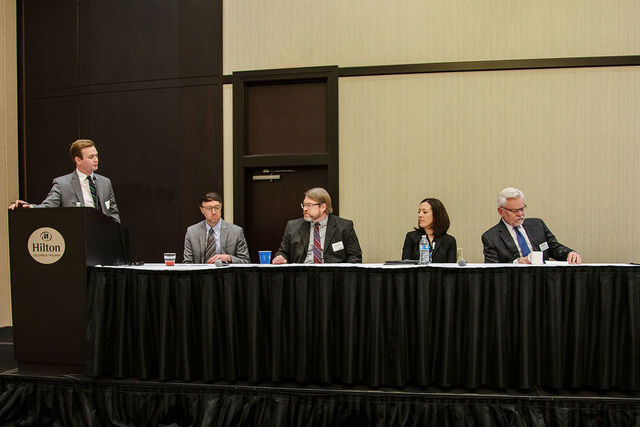 With nearly 90 in attendance, the day started with a panel on the state budget from DRO’s team of analysts. They discussed the budget proposals from the Departments of Medicaid, Mental Health and Addiction Services, Developmental Disabilities and Opportunities for Ohioans with Disabilities. At that time, the governor’s budget contained some very positive measures (including increases for direct service provider wages). Most of his asks were maintained – or even increased – in the House version and we await the Senate version to see what they will do. 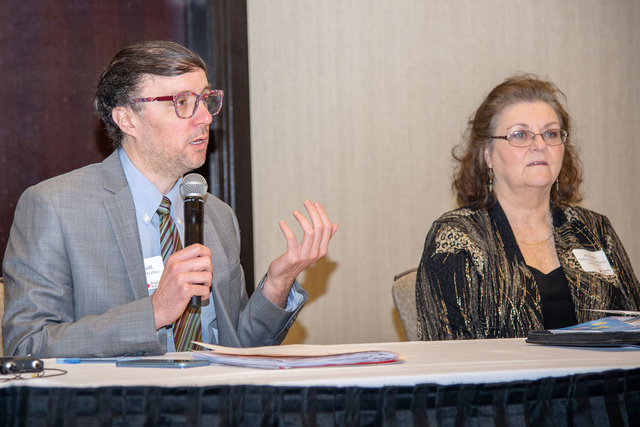 After the budget panel, attendees were encouraged to participate in one of three breakout sessions: 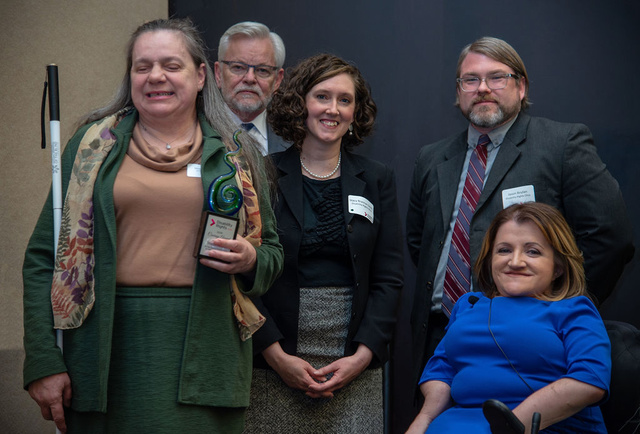 Following the breakout sessions, attendees regrouped and listened to the keynote speaker, Julie Hocker, the Commissioner of the Administration on Disabilities from the U.S. Department of Health and Human Services. Commissioner Hocker shared her personal story about the ways having a disability once limited her aspirations and her vision that all people with disabilities are able to reach their potential.

We then presented Shelbi Hindel with DRO’s Courage Award for her work as lead plaintiff in the lawsuit brought by the National Federation for the Blind and DRO in 2015 that eventually led to Ohio’s new remote absentee ballot marking tool. 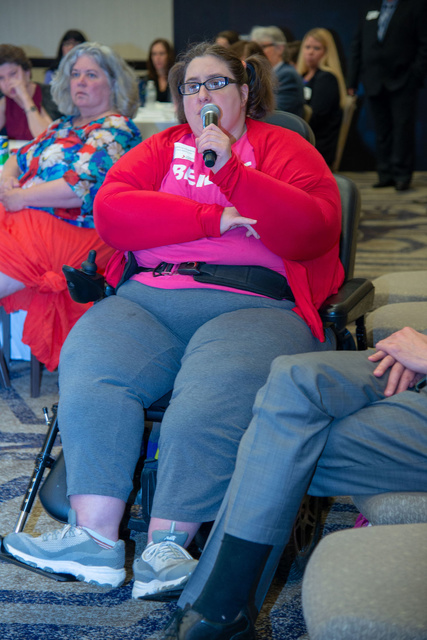 Keeping with the spirit of the event, DRO hosted an open feedback session, where attendees gave their thoughts about the work DRO should prioritize in 2020. People expressed a need for support with housing discrimination, autonomous vehicles, employment needs – especially for the deaf/blind community, concerns with EVV, more resources for rural communities, and alleviating the direct service provider shortage. Attendees also suggested that DRO collaborate with more groups and do more education to help people know and exercise their rights. 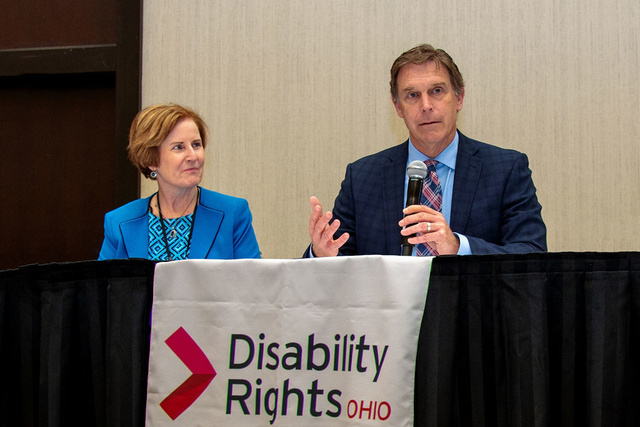 The summit closed with Maureen Corcoran, Ohio’s new Director of Medicaid, and Jeff Davis, the new Director of the Department of Development Disabilities. Both leaders expressed concerns about the provider shortage and their desire to make these systems less complex so they will work for people. They took questions and the Director Corcoran even stayed an hour after the event to hear directly and privately from people about their concerns.

Overall, the day was an important gathering of people with disabilities and organizational partners. We are fortunate to work alongside so many people who are dedicated to changing the system to improve the lives of Ohioans with disabilities. Thank you to all who attended.