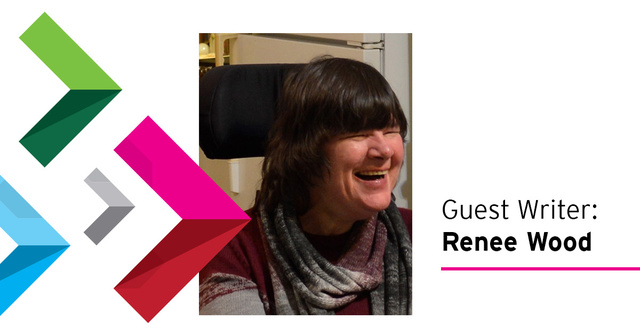 As we prepared for National Disability Voter Registration Week this week, I studied some statistics about disabled voters and found it quite interesting. I gathered data from Pew Research Center and Rutgers University and found these facts:

Voters with disabilities, who do vote, are smart, informed voters

People with disabilities followed campaigns more closely than people without disabilities, think a lot about elections and say it really matters who wins an election. These numbers are higher than non-disabled people, but this increased interest in elections could be due to the fact that disability voters tend to be older than the non-disabled voting population, and it is known that in general, older Americans take more interest in elections than younger people.

People who self-identify as having a disability make up 19% of the voting population, and have the potential at least to swing an election, but they don’t vote as a bloc.

It appears people with disabilities vote across the spectrum, just as Americans without disabilities do. In other words, they don’t have a partisan profile such as African American voters (lean highly Democratic) or voters who identify as evangelical Christians (lean heavy Republican). One might speculate that the “voting booth” is the one place where people with disabilities are truly integrated into society as a whole. This means their disability is not their primary identity. But, if a person also identifies African American, or evangelical Christian, etc., that’s the voting bloc that a person with a disability will identify with.

Both parties could do more to address disability issues

Neither side of the political spectrum covers disability issues in any real depth, either because they don’t really know or understand our issues, politically people with disabilities are not a voting block that they have to be concerned with at this time, and/or it would be political suicide to argue against the needs of the truly disabled. It would seem that, no matter the party, one is not going to hear anything substantive on disability that will earn an all-out disability vote.

I am here to congratulate you as citizens with disabilities for taking such an interest in elections as well as the political system, and for knowing we are far more than just our disability interests. I encourage you to keep making the effort to vote in whatever way best fits your needs. Also plan ahead for the unforeseen so you can cast a ballot even if you’re unexpectedly ill or meet some other obstacle that might prevent you from casting a ballot. Disability Rights Ohio always has a hotline number on Election Day, which I always take with me to the poll in case I run into something I can’t solve on my own. The hotline number is 614-466-7264 or toll free 800-282-9181; (TTY) 614-728-2553 or toll free 800-858-3542.

I would never guilt anyone with a disability into voting any particular way. I personally identify with several groups who have very opposite partisan affiliations, so I have to weigh all things and decide what position is the best overall, and sometimes it’s really tough. So I get frustrated at being criticized by one of my many affiliated groups who have different leanings on diverse issues, each of which holds importance for me. I would never tell someone to vote on disability issues only – all I ask is that you vote your conscience. If you’re a close friend or family, I might debate with you on the issues and candidates, but in general I respect all people’s votes.

Two things I would ask: if you have a disability, consider running for office if you have the time, desire and will. Also, no matter which way you vote in the end, push candidates to address and speak about disability issues. We are 20% of the population and have many needed services paid for by tax payer dollars. We have the right to hear our issues addressed and to be recognized as one of the largest minority groups in America.

Make your voice count for whatever you believe in – VOTE!

Where I retrieved my data: http://www.pewresearch.org/fact-tank/2016/09/22/a-political-profile-of-disabled-americans/

Renee Wood has been involved in the disability community all her adult life, beginning at age 18 with volunteering as a camp counselor with Camp Easter Seals and culminating in her late 50’s serving as chair of Ohio Developmental Disability Council for three years and, currently, as chair of Ohio Olmstead Task Force. Renee previously worked as a disability Rights Advocate at the Ability Center of Greater Toledo. Currently she owns her own business “What Is Home” where she trains providers on how to assist people with disabilities to live successful lives in the community.

Through the years she’s engaged in various efforts to advance freedom and equality for those living with disabilities, including engagement in civil disobedience where she was arrested and served time in jail. She also writes a blog which details efforts to free people with disabilities. She has received the Synergy Award from PAR & OSDA and the Rising Phoenix Award to recognize her for these efforts.

Renee graduated from the University of Toledo with an Associate’s Degree in computer programming and a combined Bachelor’s degree in Disabilities Studies and Creative Writing. She was born and raised in Toledo, Ohio where she currently resides with Floris Wood, her husband of 16 years.