She needed more time. We made sure the landlord was listening. #AdvocacyMatters 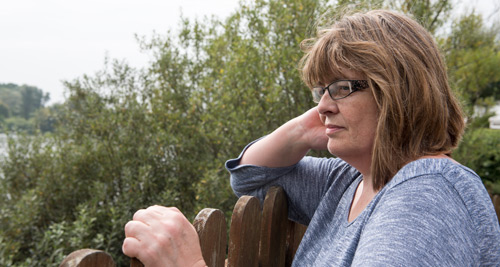 Amy's father had just died. She was still trying to deal with the loss when she received bad news from his landlord: due to some unpaid rent, the landlord had gone to court to get an eviction notice. He would be putting all of her father's belongings out on the curb in just five days.

Amy wanted to go through her father's possessions and move them to a safe place, but she and her husband both have serious physical disabilities and knew they wouldn't be able to complete the work in a few short days. They attended the eviction hearing in hopes of asking the court for more time, but because they weren't part of the original rental contract between Amy's father and the landlord, they weren't allowed to speak at the hearing. Desperate for extra time to move the belongings, Amy reached out to DRO for help.

The DRO attorney who took on the case knew that Amy had the legal right to a reasonable accommodation for her disability. He contacted the landlord's attorney to request more time for Amy to move her father's possessions out of the property. Facing pressure from DRO, the landlord agreed to give Amy and her husband adequate time.

"Thank you so much...the landlord did allow us the extension. You're a lifesaver," Amy wrote.