They Said He Couldn’t Return Home; We Fought for His Right to Live in his Community. #AdvocacyMatters 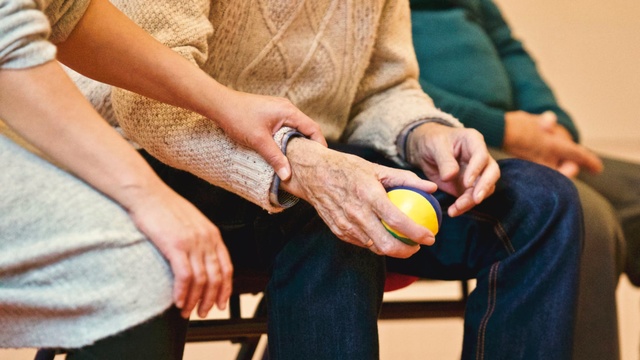 Last winter, Francis contacted Disability Rights Ohio for help leaving a nursing facility. Francis has physical disabilities and had been stuck unnecessarily in a nursing facility for years. This restrictive setting was stifling for him; he lost his independence and became depressed. Francis desperately wanted to return to the community and live with his family once again.

So many frustrating, bureaucratic obstacles stood between Francis and his freedom. He was repeatedly denied for enrollment in the Ohio Home Care waiver program, which funds the long-term care (like a personal care aide) he would need to live at home again. Francis was also denied for the HOME Choice Program, which provides funding and transition services for people in institutional settings, like nursing facilities, to enable them to return to their own homes in the community. There were changes in the HOME Choice program—a result of instability in the federal Money Follows the Person program—that caused more problems and further delays.

Attorneys from DRO worked with Francis for months on end to advocate for his rights. After nearly 10 months, Francis was approved for both HOME Choice and the Ohio Home Care waiver. To begin the transition, one DRO attorney attended multiple discharge planning meetings to ensure Francis could finally move home.

Now, Francis is back at home with his wife as he starts his own business with the help of Opportunities for Ohioans with Disabilities, the state’s vocational rehabilitation agency. Francis’ mood has improved drastically, so much so that his doctor recommended that he no longer needs medication for depression.

If you or a family member are experiencing difficulties with the moving back into the community, you can reach out to DRO here or by calling 614-466-7264 during intake hours.