He lost his sight during a mental health crisis. We helped him regain his dignity. #AdvocacyMatters 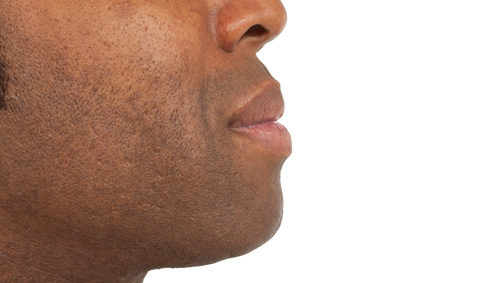 Gerald is lucky to be alive. In 2015, he was shot by police 10 times during a mental health crisis. The altercation left him missing one eye and with limited sight in the remaining eye. After he healed from his gunshot wounds, he was placed in a psychiatric hospital, where he found that his empty eye socket kept getting infected - a problem an ophthalmologist said would go away if he got a prosthetic eye. However, the psych hospital denied him care and told him the prosthesis was too expensive and not related to his mental health recovery. To make matters worse, they would often only give him 15 days of his prescribed 30-day course of antibiotics, so his infections would never clear up. Frustrated and desperate for health care, he called DRO for help.

A DRO advocate ensured that the psych hospital's staff knew Gerald has a legal right to medical care and assistive technology. At the advocate's insistence, the psych hospital made appointments for Gerald to see a specialist, and he was fitted with his first prosthetic eye on May 25. He reports that his self-esteem has already improved, which will make him better able to focus on his mental health recovery. He continues to communicate his thanks to our advocate for everything she has done to help him.

People with mental illness have the right to be free from abuse and neglect. Find more resources on the Mental Health page of our Resource Center.