She wanted her freedom back. We helped her get it. #AdvocacyMatters 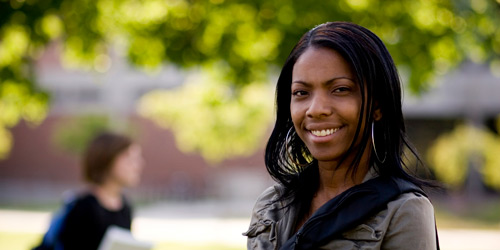 Monica had been under guardianship since she was 19, and after six years she knew it was time for a change. She had been taking care of herself for in many ways for a long time, and her current guardian was controlling and critical, preventing Monica from practicing her religion and threatening to move her into a group home. She was determined to dissolve the guardianship and regain control of her life. A few years before, she had appealed her guardianship through the courts, but she lacked adequate representation and found little success. This time, Monica wanted to understand and exercise her rights, so she reached out to DRO for help.

A DRO attorney gave Monica the forms to request a guardianship review hearing, obtain a court-appointed lawyer and set up independent expert health evaluations. He was able to consult with Monica's appointed lawyer, and they worked together to share information and develop effective strategies for success. In January, Monica received great news: her legal guardianship had officially been terminated! She sent DRO an email to express her excitement:

I'm happy to say that things were successful. I got back my freedom to make choices. I am very grateful, and I wanted to say thank you for the help you gave to me.

Guardianship can place restrictions on people with disabilities and take away their ability to make their own life decisions. DRO is committed to providing you with updated Ohio guardianship rules and alternatives. Find out more about your rights under guardianship in DRO's Self-Advocacy Resource Center.